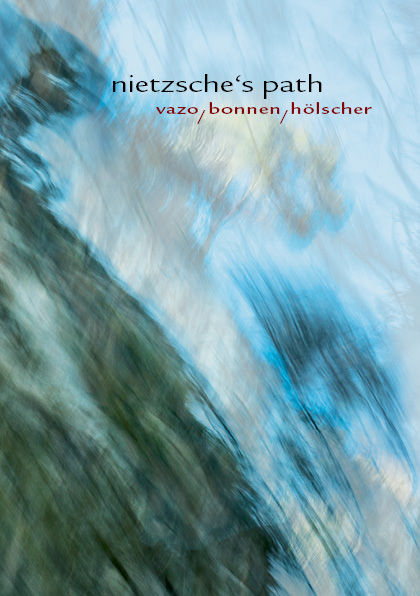 In April 2016 we, the trio27, travelled to Eze in the South of France to explore the famous path from mountain to sea that Friedrich Nietzsche walked up and down every day with
'Zarathustra' on his mind. And so did we – but only stayed 3 days.

Nietzsche stayed in one of the oldest houses of Eze and found inspiration for his third chapter of »Thus spoke Zarathustra« while climbing the path up to the village. "Many hidden corners and heights in the landscape of Nice were sanctified for me by unforgettable moments", said Friedrich Nieztsche in »Ecce homo« about his first stay on the Riviera from the 2nd of December 1883 to the 20th of April 1884. Eze, and in particular the path which takes him from Eze seaside to the village, will play a dominating part in his work. There the philosopher, very sensitive to climate and landscapes, comes back to life. Like many writers, he needs to walk to create. In the middle of olive-trees, euphorbia and holm oak, of wild nature, with the Mediterranean in the background and the silhouette of the village Nietzsche composed some parts of »Thus spoke Zarathustra« – that he qualifies as "the decisive ones" – "during most arduous ascension from the station to the marvelous Moorish village Eza, built in the rocks".